The Republic of Peru is a megadiverse country located along the central western coast of South America. It is home to a large variation of habitats, including arid coastal plains, the mountainnous landscape of the Andes and the lush tropical rainforest environments that constitutes a part of the Amazon Basin.

Peru is bordered by the Pacific Ocean in the west, Ecuador and Colombia in the north, Brazil in the east, Bolivia in the southeast, and Chile in the south. It is the third largest country in South America. 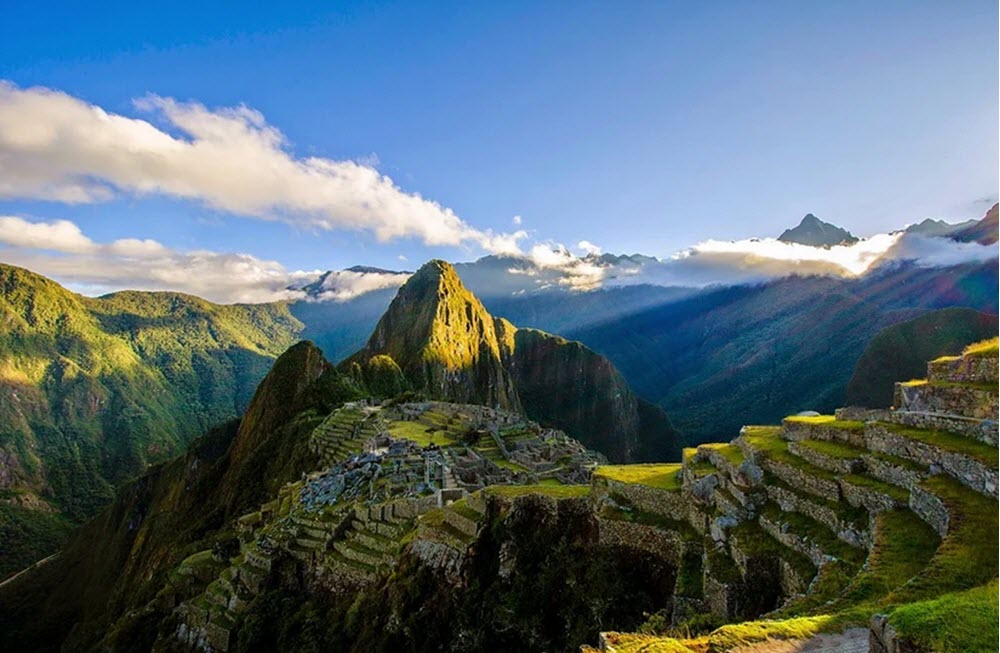 The three main regions of Peru

La Costa (the coast) is the region between the Pacific Ocean and the Andes mountains. This narrow sliver of coastal plain is arid, except for the valley areas watered by seasonal rivers.

La Sierra, the highland region of Peru, is a part of the Andes mountain range. This is where you find the famous lake Titicaca and Peru´s higheest peak Huascarán. Huascarán has an altitude of 6,768 meters.

La Selva, the forest region, extends east of the Andes mountains and is covered in Amazon rainforest. Nearly 60% of Peru´s territory is located within this region.

The hydrographic basins of Peru

The most famous of the Peruvian rivers is of course the River Amazon, which is shared by Peru, Colombia and Brazil. Other examples of long rivers in Peru are Ucayali, Huallaga, Mantaro, Marañón, Putumayo, Yavarí and Urubamba.

Most rivers in Peru originate in the peaks of the Andes. Those that originate in the Andes and drain into the Pacific Ocean are steep and don´t have very far to go before they reach the sea. The water that goes from the Andes to the Atlantic Ocean will of course have a much longer way to go, and once the waterways leave the highlands they become less steep.

Waterways that drain into Lake Titicaca are generally short.

The largest reservoirs in Peru are all found near the coast. They are the reservoirs Poechos, Tinajones, San Lorenzo, and El Fraile.

Lake Titicaca is a deep lake straddling the border between Peru and Bolivia. With a surface elevation of 3,812 meters it is often referred to as the highest navigable lake in the world. Some lakes are located at higher elevations than this, but they are too small to be considered navigable.

The Spanish name for Lake Titicaca is Lago Titicaca. In Quechua, the name is Titiqaqa Qucha.

Lake Titicaca is the largest lake in South America, both by surface area and by volume of water. Lake Maracaibo in Venzuela has a larger surface area, but that is strictly speaking not a true lake – it is a tidal bay.